Badaga is one of the unique communities which has its own rich set of traditions and customs. Badaga community is wide spread in the villages of ooty.

Badaga houses are fascinating and traditional buildings. The houses portray the richness of the culture and the heart of the people. Their hospitality is just amazing. Among the wide spread green carpet, the houses bloom like tiny huts and little cottages. As there are more than three hundred odd hattis (villages) in Ooty, every village consists of at least hundred houses.

Hethai Amman is the goddess of the Badaga people. There are nine goddesses in hethai. Kada hethai and kada aiya are some of the names of hethai gods. Hethai festival is a major festival and is celebrated in a grand way. Hethai festival though is a customary and traditional festival people enjoy and celebrate this particular carnival a lot. Badaga dance is the high lighting custom performed to please and make the goddess happy. As per the tradition of the badaga community, hethai amman god is not supposed to be displayed in photos.

Dance plays a key role in all functions, festivals and even for death funeral of badaga.This fun loving people do not hesitate to step out for a dance step if a function or a festival in the community happens. From a small kid to hundred-year-old, people have fun in performing the ritual badaga dance.

Kali made out of raagi, Butter Beans, Sandagai, Green leaves are the daily consumed foods. THUPPADHITTU made out of maida is the sweet dish which can be seen in all badaga occasions such as weddings, festivals, and even during death.

The people of the community are very fond of the white colour, so one can spot them dressed in this particular colour on all occasions. and the most highlighting thing is the white turban. this is their customary dress. the elderly women of this community, wear the mundu wrapped around the body and the thundu tied on the head. 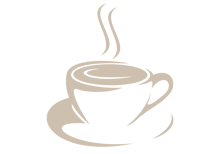 Badaga wedding is not a usual Hindu wedding. Even the preparations for marriage and the customary feast after the marriage, called Maduve Hittu is organized by the groom’s side. The wedding ceremony usually take place in the groom’s place. The bride’s side arrive at the place of the groom early in the morning. Then the bride, groom and the other relatives and the village people, head to the temple. There The most sacred ceremony of thalli katudho(tying the thalli) ceremony takes place. Then the newly wedded come back home and the sweet dish made out of banana and milk is served to the girl. Then the badaga dance is performed and matuve hittu the feast take place.